Tens of thousands of partying, passionate Vendée Globe race fans and well-wishers lined Les Sables d’Olonne’s Grand Plage, the main sea front promenade, last night (Friday) to honour the heroic 2020-2021 skippers. Emotions and celebrations suppressed by the pandemic for over a year came bursting to the fore and the joyous celebrations carried on late into a beautiful early summer night.

Carried along the seafront on two floats, 28 of the 33 skippers, were greeted by a raucous public as the parade passed nearly two kilometres along the Georges-Clémenceau promenade. It was the perfect way to honour the skippers on the eve of the official opening of the race village of the Vendée Arctic race, the first qualifying race for the Vendée Globe 2024.

The colourful parade of street artists, acrobats and musicians shared the theme of the four elements, earth, water, air and fire. 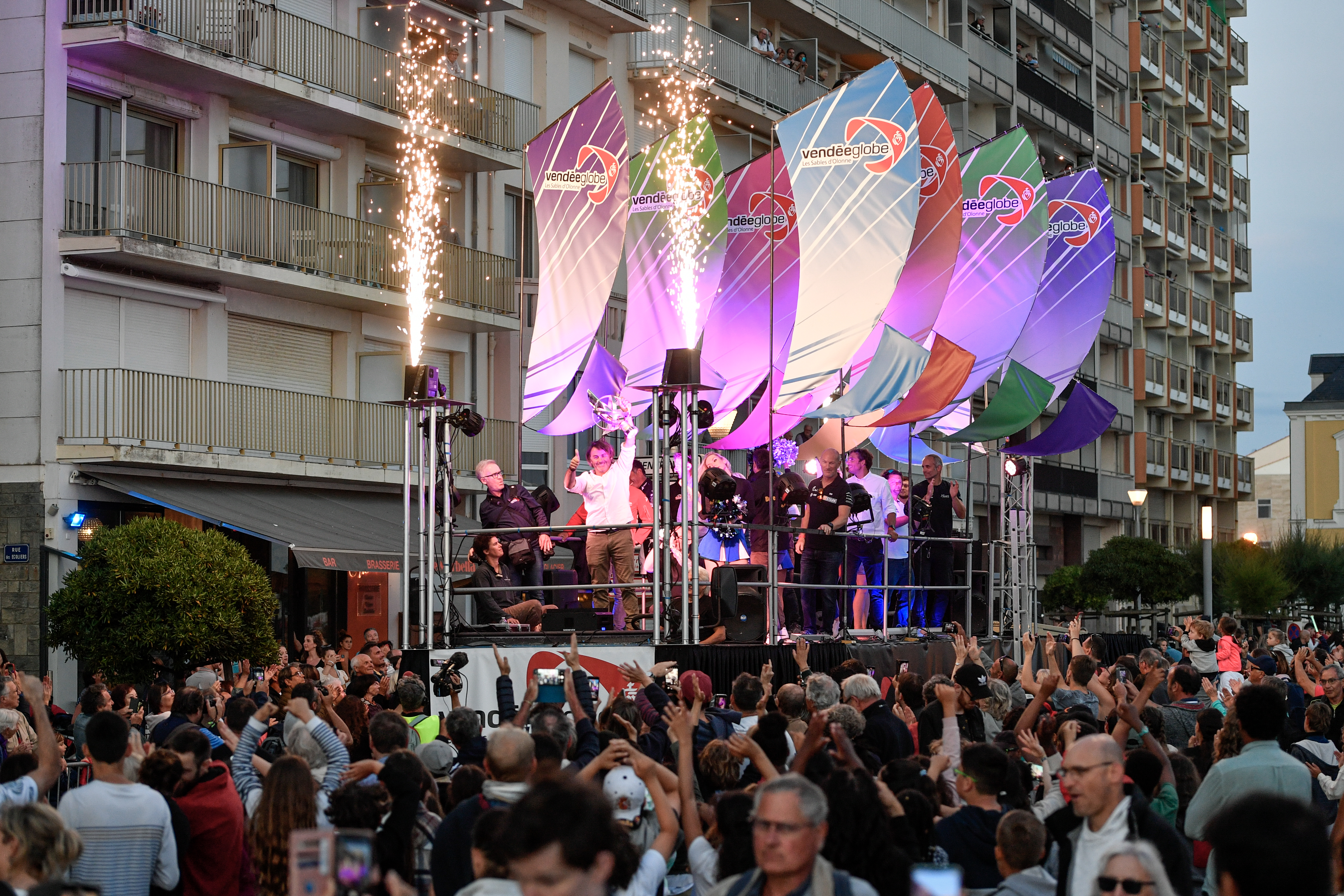 Clutching the Vendée Globe trophy throughout last night’s parade, the race winner Yannick Bestaven was probably the skipper most of the crowd wanted to see. Smiling broadly he acknowledged, “It's great to see so many people turn out and it is nice to share that with the public. It is thanks to these people that the Vendée Globe received so much media coverage and so we owed them this party that we had not been able to do because of confinement. It's a real joy. And of course, there are plenty of memories that came back, but I'm mostly focused on the future. The fireworks after the parade reminded me of my finish, certainly. It was wonderful. To relive that with all our friends of the Vendée Globe, it was great.”

Local hero Benjamin Dutreux who finished ninth on the last race grew up in the Vendée, lives locally, keeps his boat here and co-owns a boatyard just up the coast from Les Sables d’Olonne. He enthused, “It is nice to see so many people touched by the Vendée Globe it fills your heart to feel so followed. The race is such a great adventure. We get so caught up in the game, even if we are discreet by nature, we want to share, to have fun with people. So here we have our big party.” 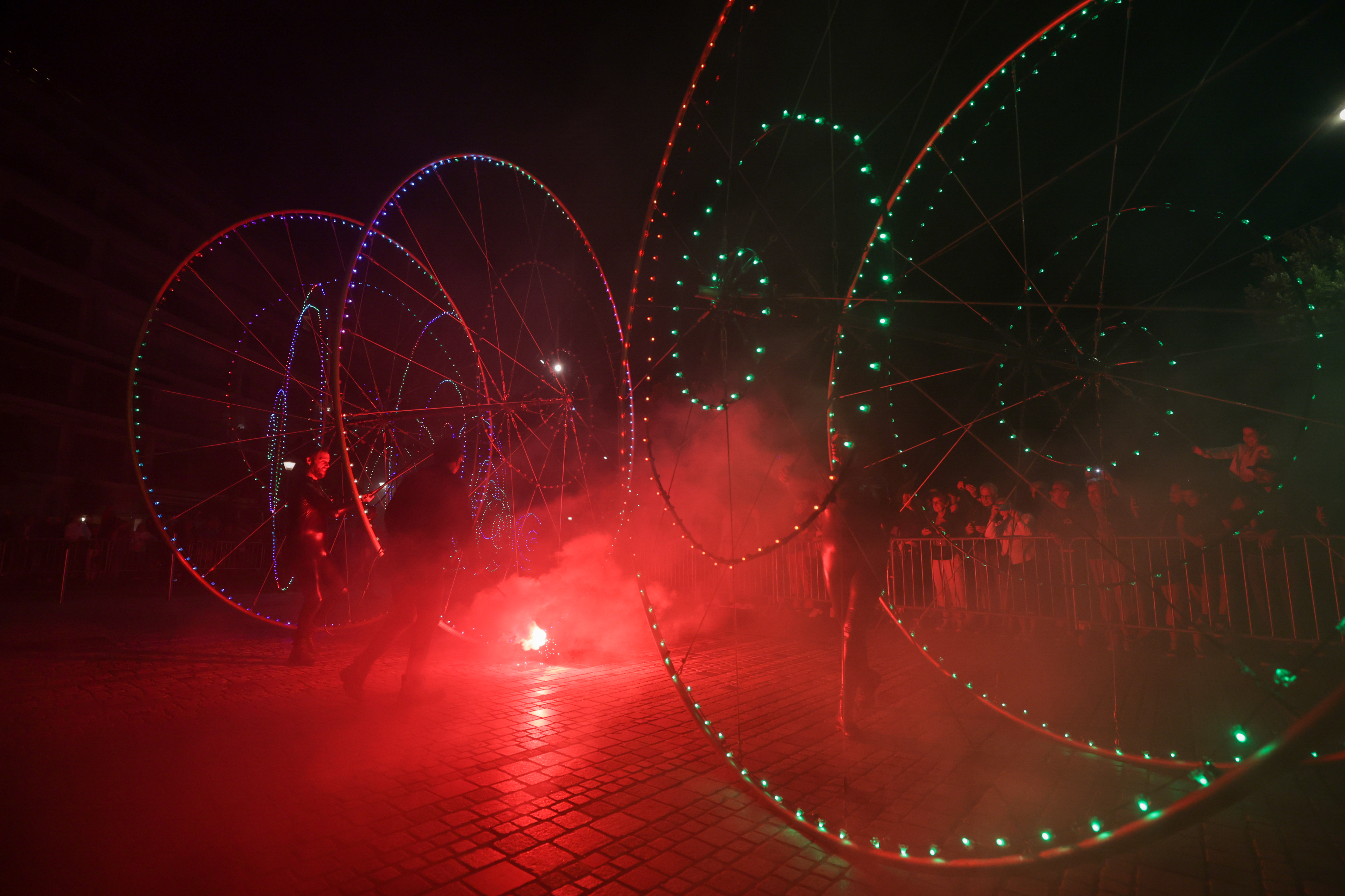 Underslept and slightly bleary eyed aboard her IMOCA Medallia this morning, but absolutely delighted to have had the chance to receive the welcome and passion of the Les Sables d’Olonne crowds, and to have shared a special party time with all her fellow skippers Britain’s Pip Hare said this Saturday morning, “It was incredible. I had no idea what to expect and so I was just a little nervous since it has been over a year since we finished. I thought there might be one little lady looking out from behind her curtains, but of course this is Les Sables d’Olonne! For me it was nice to get a chance to share and celebrate the other skippers and really feel part of something all together. It doesn’t really compensate for the fact there were only a few people out in the Channel when we came in and left but we were part of something unique in time, our race is set in time I am OK with that. That emotion has been and gone.”

Finland’s Ari Huusela remains, as ever, ‘Super Happy’ and loved the welcome, “It was nice to wrap up the race like that. It was just great. To feel the passion makes all the hard work, the pain worth it. The people were so happy to see us it was and is something really extraordinary. It is great to see people happy to see us and show how much they care. And it was lovely to see the other skippers and be with them as I did not have much of chance.” 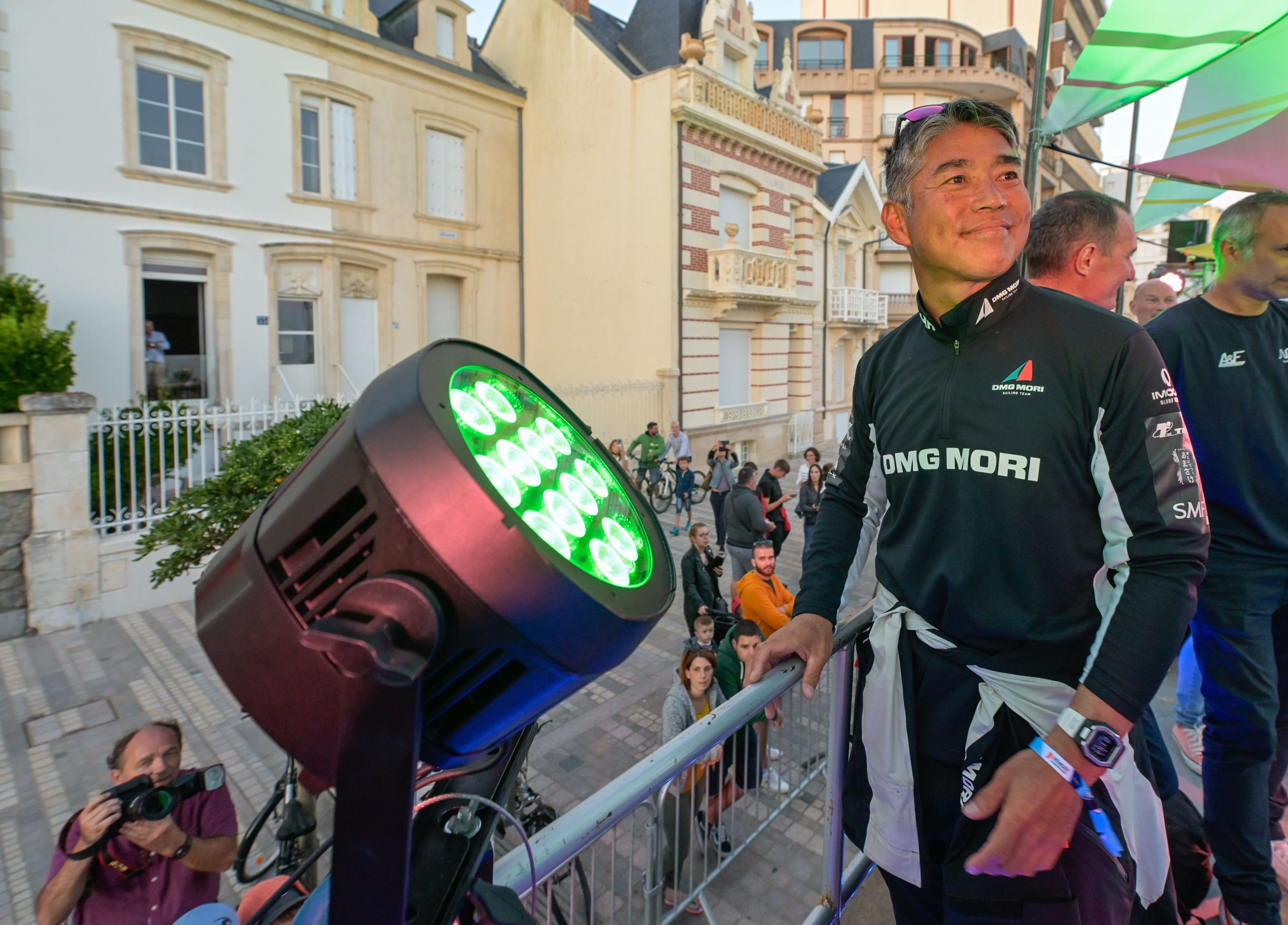 An impressive fireworks show set off at the entrance to the legendary channel finally closed the evening. And this morning the start village opened its doors. The extensive village is free access and there is the chance to walk Port Olona’s famous pontoon and see the 25 IMOCAs on the race dock poised and ready to take next Sunday’s start of the 3,500 nautical miles race into the hostile northern latitudes.

The race village is open for three weeks. The Department of the Vendée region stand host an exhibition highlighting the skippers, the race, its course and the area of the Vendée, an epicentre of sailing. There is a giant photographic exhibition of the images of explorer-photographer Florian Ledoux. ‘Under the Pole’ shares images of scientific expeditions and the equipment used, including its underwater capsule. There is a 200m2 synthetic ice rink, a Virtual Regatta Inshore challenge. The race village is open until June 26th. 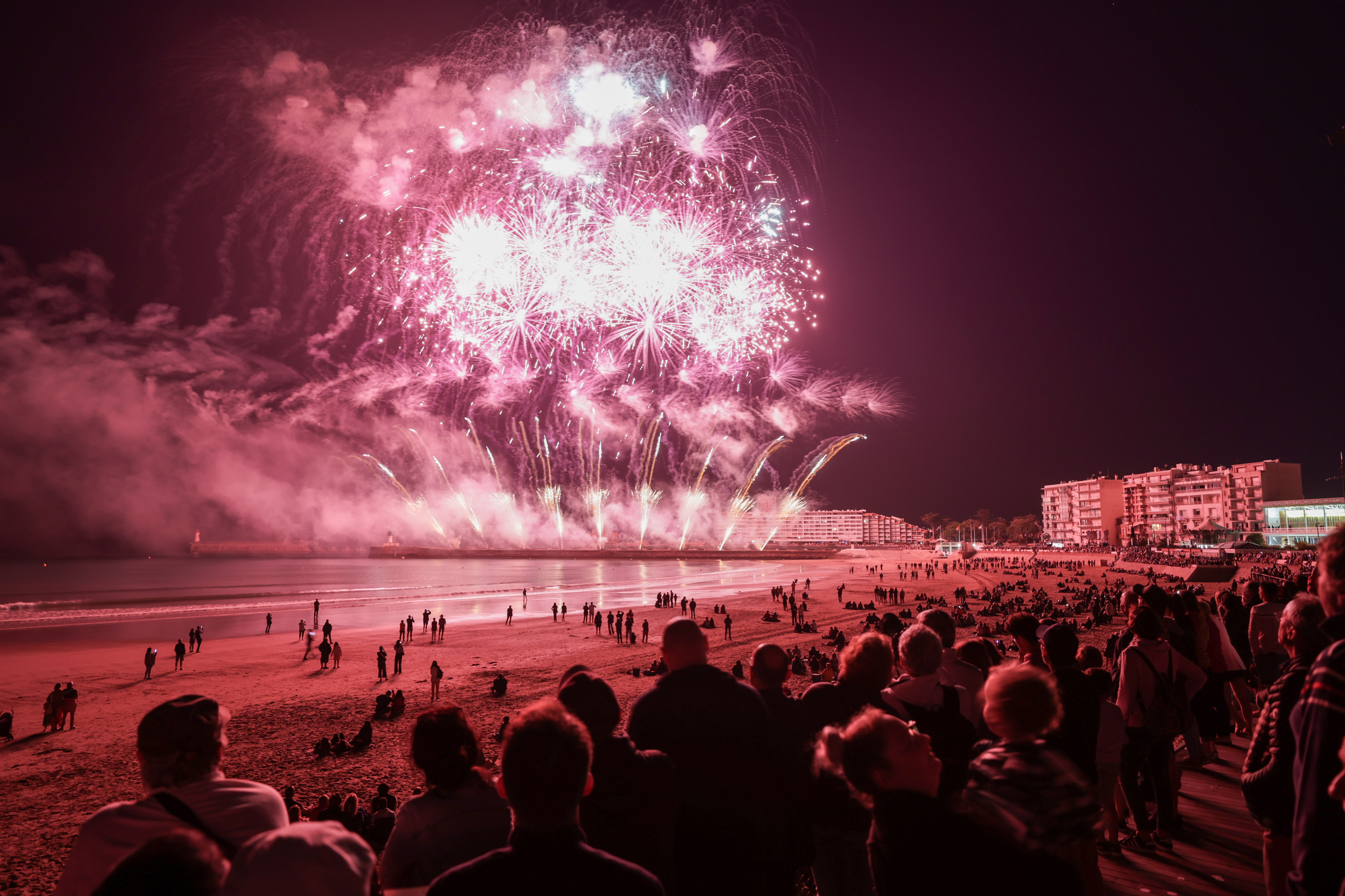